"But I Already Have a Desk!" How Frustration Breeds Creativity

For years, I was a productive writer working from home. I improvised a process around raising children, around naps and playdates. My desk was adjacent to the kitchen; after a few burned dinners, I got pretty adept at writing while cooking. When my kids were older, I knew when the school bus would pull up outside, and I’d wrap up 10 minutes ahead to avoid mental whiplash from the shift in focus. I was proud of using distractions to my advantage. Problematic paragraph to complete? I’d start folding laundry. While my hands moved, my mind rested and a solution could rise to the surface.

One day when I had only fifteen minutes available, I wrote the first page of a novel. Why not? I thought. Work with what you have, rather than wasting energy wishing conditions were optimal.

Still, I wondered. How much more productive could I be with NO distractions?

Eventually, I got my wish. When my daughter was in high school, I left my husband and moved into an apartment. (We are back together, which is a great story in itself!) Then she left to attend school out of state. I not only had a room of my own, I had several rooms. If I got tired of my desk area, I’d plop down on the sofa or go into my daughter’s sunny bedroom 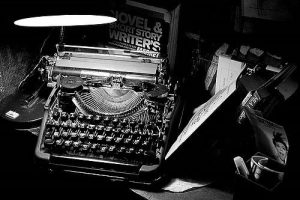 I continued as a writing coach and book reviewer, but within a three year span, my own writing had dried up. What was wrong with me? Not only did I have a desk set up exactly as I wanted it, I had a lot of available time. Privacy. Coffee in spades. I should have been unstoppable. Instead, those open-ended hours found me wondering if I was wasting my time writing at all.

Once in a while, I’d rally. I should do better than this!

Should is a tricky word. It feels useful. It can serve as a friendly nudge out of procrastination, or more often, it’s a tyrant wielding a whip. “If the message “I should try harder” doesn’t produced results, we increase the volume to soul-shattering levels. Tyranny has its own logic: If scolding doesn’t work, someone must be to blame. And in freelance work, who’s to blame but yourself?

In moments of sanity I was able to ask, “What’s actually going on here?” Gradually I came to see that my entire life, from preschool age, had revolved around a school schedule. What with raising children, taking courses myself, and graduate school, I relied on that structure so much that it didn’t occur to me it was a structure. The schedule filled a managerial role in my work process.

The first step toward resolution involved cutting myself a break—a skill I had to cultivate over time. I recognized that the “shoulds” were well-intentioned, but I’d never actually had the chance to learn open-ended time management. It wasn’t a personal failing.

Developing a work process is about recognizing what does work, amid all the frustration. Three years of banging my head against a wall prepared me to sit up and consider new possibilities.

And even when the solution came, I didn’t recognize it.

A friend of mine told me about a new coworking space close to where I live. I’d heard about coworking, where freelancers pursue their individual work in a team environment. It seemed like a good idea…for her! I already had a desk that didn’t cost me a dime.

When my friend was offered the opportunity to bring a laptop to Kismet and check it out, I went along. Not for myself; to support her. I brought my own computer so as not to look stupid.

After a few hours, to my own surprise, I realized I was getting stuff done. In fact, I was far more productive in three hours at Kismet than I’d been in the previous three months in my “ideal” situation at home.

I signed up, and I haven’t looked back since.

A coworking space has good energy. It supports people who are there because they want to be, an antidote to isolation. It’s hard to believe what you do is pointless when others treat you as a valued colleague. Most people at Kismet aren’t writers. That doesn’t matter. Simply showing up brings the work out of me.

Yes, I pay money that I don’t “have to” pay. But ultimately, giving myself permission to write was more important than this particular solution. Curing “I already have a desk” syndrome wasn’t a question of money—it was about valuing my own worth, and being with other people who support me because we’re all in it together.

Obviously, coworking isn’t for everyone. But throughout a long and painful process, I discovered some universal principles.

Human beings are social animals. I needed to connect with people who would motivate my writing, not just read and make suggestions on the results of my work process. This can take many forms, from finding a single, understanding buddy with whom to establish mutual accountability, to changing one’s environment.

Everything in life is subject to change. Why not our work processes?

Creative work is almost by definition “unnecessary.” We need support to continue in it.

If one approach fails, it’s not personal. It simply means something doesn’t work. Self-blame isn’t the motivator it appears to be.

Frustrations are undervalued. They are part of the solution because they motivate us not to give up.

Serendipity, God, the universe (choose your favorite): Something bigger than we are arranges circumstances for us. I certainly wasn’t looking for the solution I ended up with. Sometimes, the pieces just fall into place.

I hope you’ll share your frustrations and triumphs around the work process with other readers!