Healing from Trauma: Embracing the Irrational

I once met a bright young guy with a successful career and an active social life who had endured horrific, ongoing sexual abuse at the hands of his father. John was engaged in a prolonged argument with his therapist. On the surface, the position he took seems absurd. He kept trying to convince his therapist that his parents had been right about him all along: He was insane. He knew the facts about the abuse; he just kept trying to convince the therapist that he had concocted them himself. For his part, the therapist wouldn’t budge. Clearly, John was not crazy.

Why would John do this? Because of my own trauma history, I understood him implicitly. But a trauma specialist might be more convincing. “Everything about us—our brains, our minds, and our bodies—is geared toward collaboration in social systems,” writes Bessel van der Kolk, medical director of the Trauma Center of Boston and author of The Body Keeps the Score: Brain, Mind, and Body in the Healing of Trauma. “Children have no choice but to organize themselves to survive within the families they have…I have never met a child below the age of ten,” he emphasizes, “who was tortured at home…who, if given the option, would not have chosen to stay with his or her family rather than being placed in a foster home.” 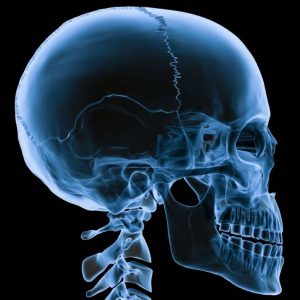 But John was an adult. Now, with support systems in place, surely he could see how irrational it was to keep letting his parents off the hook. Why was he torturing himself with visions of insanity?

The only way John could have survived his childhood, gone to college, and become successful in life was to distort reality: He had to believe that his parents were on his side. To face the truth meant accepting a horror of such magnitude that the adult John feared he would unravel—his integrated sense of self had been CREATED within a distorted belief. If he popped that bubble, would he cease to exist?

Healing can’t come from trying to reason with people about their abuse. “These responses are not reasonable and therefore cannot be changed simply by reframing irrational thoughts…Nonetheless, learning to recognize irrational thoughts and behaviors can be a useful first step,” Van der Kolk writes. “Generally, the rational brain can override the emotional brain, as long as our fears don’t hijack us.”

Survivors of childhood trauma have been hijacked. Often, this fact is a source of great shame-we “ought” to be more in control. Seeing himself as crazy gave John a reprieve from feelings of abject terror and vulnerability. “It couldn’t have been that bad,” John reasoned. “I must be nuts.”

Actually, vulnerability is the terrain where healing takes place. Like John, we need to “reconstruct our inner map of the world.” This phrase of Van der Kolk’s carries great power. My healing moments have come when I stop talking about trauma; when, with help and guidance, I’m willing to revisit an inner world of absolute chaos and discover that it does not overwhelm me. That world includes the entire body–the nervous system, muscles, and guts in which trauma is encoded. Reason is an ally at those times. It tells me that what I’m experiencing is actually normal. It tells me that I’m not crazy, that my brain has processed trauma, unlike ordinary linear memory, in irrational, cubist slices.

Our culture still values reason above all else.But reason alone can’t heal.  It’s “reasonable”  to treat the symptoms of trauma with medication; it’s “reasonable” to expect traumatized people to simply drop the past and get on with their lives. The problem is that we’ve been trying to do that, and it doesn’t work. Trauma has never been reasonable. I would argue that until we are all willing to face and come to healing terms with our own vulnerability—John could be me. He could be you—trauma will continue to be, in Van der Kolk’s words, “our most urgent public health issue.”