How the Discouragement of Getting Fired Became a Blessing

When I began teaching creative writing to adults in a non-credit evening school, I was new to the classroom and dry-mouth nervous. In that fluorescent-lit public school classroom with desktops clamped to hard metal chairs—it oriented me to stand at the blackboard and deliver a brief lecture on some aspect of writing craft. My students dutifully took notes on plot or point of view, and then we relaxed a little. We had lively discussions of published work, and they encouraged and critiqued one another’s stories.

We were in school. I spent hours preparing each class.

One day, I received a snail mail letter from a private writing client who was not in my class. Jossie’s handwriting was hard to decipher, but the message was simple: I was fired.

She said I was far too critical. I seemed to dislike her characters, when she had portrayed them sympathetically. I objected to her stream-of-consciousness narrative habit, which she considered to be her natural voice. Her favorite story? I’d bashed it. Not wanting to respond defensively, I waited and ran the situation by an editor friend.

My friend was decisive—if my client couldn’t take criticism, she should get out of the writing game and find a hobby. I wasn’t so sure. For one thing, while I tried to hide my feelings from Jossie, I had become impatient with her over the previous few months. Again and again, I had explained to her the fundamentals of plot. If she wanted to dispense with it, fine, but she had to understand how plot worked before she could create a successful anti-plot. Yes, she’d written one or two really good stories. But I wondered if she’d picked up on my feeling that her work wasn’t changing fast enough. 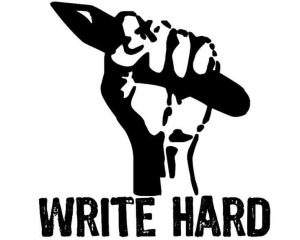 I took a deep breath, emailed Jossie, and thanked her for challenging me. I apologized for my prior insensitivity. A week later, we sat at her kitchen table over mugs of tea. I knew that repeating my concerns about technical problems in her writing would be a dead end, so I asked about her writing process. I was genuinely interested, and our conversation took on a new spontaneity. Jossie was passionate about her work, and it struck me that the long, rich cadence of her speech was a lot like her writing style. In fact, it was beautiful. In their impulsivity and verve, her characters resembled her. No wonder she’d felt attacked by my critique.

In the end, because I had listened to her without judgment, shared my own writing struggles and admitted my own mistakes, she decided to adopt some of the suggestions that initially angered her.

That conversation turned me into a creative coach. I’d been evaluating student work as if it bore little connection to the person who wrote it. Seeing the writer in the work is far more fruitful—and enjoyable.

But why is this important to the work? There are two reasons. The first is that there’s no such thing as a generic writer. Given a single lecture on plot, 15 different students will hear 15 different lectures. One will tune out, daydreaming about his characters’ complex motivations, and another might ask whether a plot has to have a certain quota of turning points before the crisis. Understanding the difference can make all the difference in a mentoring relationship.

The second point is more important. Understanding how one writes best is just as important as it is that one writes. Most writers (myself included) make good use of external validation. Excellent writing is hard-won, and learning to deal with self-doubt is essential. This part of the writing work never ends. Jossie, who once fired me, is now creating fine, published work because we learned to collaborate. What validates one person, though, might be irrelevant to another. My particular bit of advice may not turn out to be useful, but when it isn’t, we’ve all learned something about the creative nature of the writing process.

Seeking feedback on a piece of writing is an experiment in risk-taking, and not just for the writer. My job is to understand any particular writer as well as I can. My feedback can flourish in a collaborative relationship that is itself creative.

I no longer teach in classrooms with fluorescent light, and I’m having a lot more fun. My voice is one of many, and that’s as it should be.