I Lost a Friend, But She’s in My Creative Process 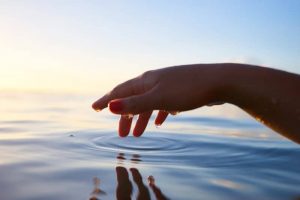 The last time I spoke with my friend Donna was over the phone. She assured me that treatment for her cancer was going well, and that she was expecting a full recovery. She went on to make a point of telling me how much my friendship meant to her, which wasn’t something we’d said to one another before. I was honored, and I told her the feeling was very much mutual.

Did we make plans to get together during that conversation? I don’t remember. But after Donna told me how she valued our friendship and we hung up, I paused. Why had she made a point of telling me that? Inwardly, I wrote the story I wanted to be true: that Donna was going to be fine — our friendship would continue seamlessly. Even as I told myself that, I felt a hitch. The hitch  could have told me that Donna was obliquely disclosing how sick she really was. It was unusual for her make an observation about our friendship, even such a positive one, when were so busily living it. But I let my story override the hitch. I wanted to believe in her life.

I didn’t see Donna again, until the day of her funeral.

There’s an analogy to writing here. Just as writers create, revise and sweat over stories, our

friendships are “written”: They happen, and they are interpreted, improvised, argued, revised, wept over, broken, healed…and sometimes they end in death.

But the part of me that will always be connected to Donna is the same part of me that lives in the stories I write. And the part of Donna that will never die is connected to the same force that makes any story worth reading. This invisible energy feeds the heart, and without it all of us would die. Without the stories that connect us to one another, without the memories that give meaning to the countless stories that trail behind each of us like invisible banners, we wouldn’t exist.

Yeah, there are some pretty tough stories out there. And the problem with happy endings is that they end. Pain and trauma and loss reverberate with incredible power. Still, and always, the main story throughout time has been the story of human connection. Donna’s physical trauma, the cancer that defeated her, moved her into an intensity of connection in her final months. I never got a chance to tell her how grateful I am for that.

And from Donna I’ve learned a new commitment to making connections. This involves risk–the risk of rejection, the risk of taking on problems. Where relationships have broken, I’m learning not to walk away, but to try and show up so healing can occur. The theme of sexual and emotional trauma runs through my life; it’s present in my fiction writing, and challenging as this can be, it’s not a barrier to connection. Of course, connection can be corrupted, but that’s not the same as a barrier. Abusers tell false stories to their victims about their victims—and once believed, these lies send us into isolation: “I’m defective.” “I deserve what he did to me.” The connection between victim and abuser is magnified, leaving the victim unable to reach out in creative and risky connection.

This, too, is why I write stories. I want to take my cue from Donna. From her, and from the suffering in my life, I’m learning how important it is to take the kind of risks that offer the possibility of connection.